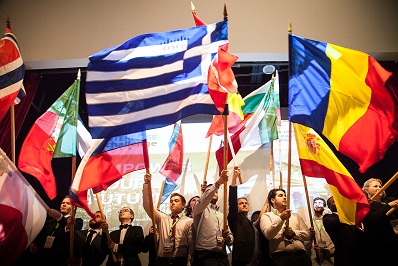 The ESP network is growing

The ESP certification is currently available in 29 European countries. Thanks to a USAID grant, three Eastern Europe countries joined the ESP network: Georgia, Macedonia, and Moldova.

The project aims to customize the certification for the Eastern European region, giving more than 7,000 students access to the ESP certification and collecting important data on the impact of the Company Programme, with a particular focus on girls.

Luxembourg and Sweden are also joining the ESP initiative as a pilot project, in the prospect of fully implementing it next school year.

Finally, the self-assessment (pre-post) part of the ESP is currently being tested in seven countries outside Europe with a view to establish it as the global certification of entrepreneurial skills, knowledge and attitude gained through the JA Company Programme.